Hunt with Gouda, SB+ or GG to get drops of Wind Potions, which you can convert into Wind Cheese.  Options to convert include using Two Gouda, Three G.G. or 3 SB.

Here is a list of all the known Ful'mina Loot drops, along with approximate drop rates.   This is under miscellaneous because there is nothing you can do about it except pray for something good.

Scrap #2:  From either wind warrior or rainmancer (Max level on either side.)

Getting into Moussu Picchu can be quite the task in itself!  You need to go through the Labyrinth and defeat all three bosses once again, Scholar, Tech, and Fealty, and get their new loot drops. (100% guaranteed your next catch. You can find them tucked away in your special inventory, or just go to the cartographer and look for the green check marks.)

Take these three loots and 50,000 gold to either Labyrinth or Zokor cartographer, and trade them for a map to the secret hide-a-way...MOUSSU PICCHU. Once you have the route, you can travel to and from MoPi as you want. 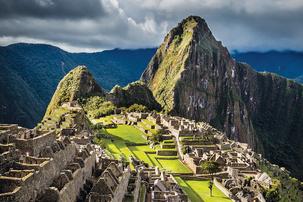 At some point, you'll have enough loot that you'll want to go after Ful'Mina.  This means two things, first you'll need to craft DragonVine Cheese. Secondly, you'll have to whip up that storm to it's highest potential.   There are two ways to make this happen.

OPTION #1:   Craft a lot of windy cheese, and raise the wind up to 100%.  Light the firebowl with fuel gotten from loot drops, bought in the general store at 4 dragon scale each, or by donation.   With the firebowl lit, that prevents the storm from fading. Now arm your rainy cheese and raise that side up.

Option #2:    Craft a lot of DragonVine cheese and hunt with that.  A catch of any of the storm dragons will raise BOTH the wind and rain levels.

Once your storm is over 80% Ful'Mina might appear and come attacking!  She's pretty random until you hit 100% on both sides, at which point she's a 100% attraction.   Here's where you arm DragonBane for your best shot at catching her.

(HINT)  The HUD wants to help. To quickly figure out which trap you need, check the top corners, and the trap type will be highlighted.  No highlights mean your choice of Arcane/Shadow.   Also, the arrows in the center of the HUD will light up Blue (increasing) or Red (decreasing), or grey (no change) 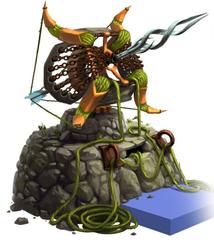 On Nov 14, 2017, MoPi Maps were added as a location item. It's one scroll case (common or dusted), and is bought at the MoPi Cartographer for 5 relics.  The maps contain 15 mice, spread throughout all areas of the MoPi area, from the lowest farming mice to Ful'Mina herself.

Here is one dusted chest loot:

24 new mice. The below chart shows what cheese to arm, and what Wind/Rain settings you need to be able to attract.  Please note the loot drops are NOT guaranteed.  These attraction rates are my own personal ones, so be aware.

Here's my first run for Ful'Mina, with lots of details!

This area is the GateKeeper to a new ArchDuke/ArchDuchess area coming sometime in the next year.

One of the changes to this area from the last few releases is that the dev's are making this area a bit more passive than the last few areas, but you'll still need some watching of the bait and loot setups.

FARMING G.G.  To start with, arm any basic cheese, or SB+.  I'd recommend Gouda to start.  Hunt with this for a while, and you'll catch lots of mice that drop nightshade and fungus, and possibly the occasional potion as well.  Set it and forget it. Come back in a day and see how much loot you've got.  The NightShade Maiden is only SB+, and of course drops the best loot.

FARMING POTIONS: Next, use those drops to craft Glowing Gruyere (GG).  Hunt with GG to get Wind and Rain potions.  You can use your best trap of either Arcane or Shadow.  Again, set it and forget it for a while and gather as many potions as you want.

RAISING A STORM:  When you're ready pick a side, either Wind or Rain (doesn't matter which is first), and convert a bunch of potions into cheese.  Set your best trap for that side (Wind=Arcane, Rain=Shadow)  and start working up that side. The storm starts at low, and works its way up to medium and high levels.  Note that the mouse population will change with each level.

Each time you hunt with one side, a catch will cause that side to go up 3%.  Any other box will cause the side to go down 3%.  (FTC, FTA, or if you're hunting the other side.)  The stronger that side is, the more powerful mice come out and the better loot drops you'll be getting.  Weather intensity is broken out into Low (0%-34%), Medium (35%-79%), and High (80%-100%), and the population changes with each level.     You'll also lost a percent or do for every grey and red box, so watch out for those misses!

The  Nightshade Flower Girl  is not attracted to GG, but is Gouda/SB.   She will drop fungus and nightshade so you can farm both cheese and rain/wind potions.   Also the NightShade Maiden​ is an SB+ only mouse.
​
Storm Dragons will make both the wind and rain levels rise (or fall!) at the same time.  They show at the *LOWER* of the two sides.  For example, If wind is Max and rain is Low, then you'll only get the Thunderstrike and Stormchild to show.

There are no new bases, and the only changes to charms is that you can now buy a DragonBane for 50 scales (and 30 minerals), instead of having to craft them.  Of interesting note is that Ful'Minas most common loot drops include the ingredients to craft the Super NightShade Farming Charms, or buy regular Nightshade Farming charms in the Charm Shoppe. 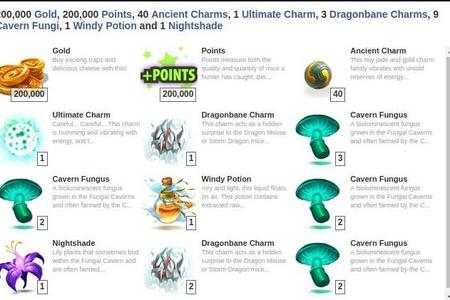 Once you've collected enough scales, (1800!!)  you'll be able to buy three of  "Ful'Mina's tooth" from the general store.  (You might get lucky and get it as a drop, or buy it in the Market) By smashing the Ballista, and adding these three teeth to it, you'll be able to create the Storm Wraught Ballista, with a 6,000 power and extra scale drops with each catch while in MoPi.

As the area has just launched, there are massive threads and discussions talking about what's best to convert: GG, SB, or plain Gouda.  As we are still learning the drop rates of farming supplies to craft glowing gruyere, as well as the drop rates of the potions the general concensus so far is this:  If you crafted your GG with SB, then you're wasting loot and should brew potions with SB.   If you crafted your GG without SB, then you're ok to convert potions with GG.    Really, at the end of the day, it comes down to how many supplies you're sitting on and what you can afford to spare.    Glowing Gruyere is now available by new donations, and the marketplace.

(UPDATE: I personally am moving more to using GG to farm potions, but potion converting with Gouda. It takes longer, but the potions are plentiful and I'm in no hurry to move on. )

Hunt with Gouda or GG  or SB+ to get Rain Potions . Convert the potions into Rain Cheese. Options include using Two Gouda, Three G.G. or 3 SB.

As the area evolves, many tactics are being talked about. Some require high maintenance and some are more time-friendly.

Tactic #2:  (Time-friendly Farming)  Alternatively, you could go up one side, and simply stay there for a while. At 100%, there's only one mouse who will drop up to four vines per catch. Remember for each miss you get pushed down, but you'll be back up again in only a few hunts. Fuel not really needed.

A word of caution: At higher levels, you get pushed back more for each miss.

Fairly cheap for gold costs, only about 2 million gold, but will need 300 dragon scales and 90 minerals.  Seems to be worth it, as the power here is 5,750 compared to the next best Dragon trap at 5,200 (DragonLance)

There's also a skin available in the TrapSmith for 400 scales.

Dragon Vine Cheese, crafted by Arcane Vine, and Shadow Vine, Curds, Whey, and Ionized Salt.  The recipe is plugged into the game, just hover over the cheese in the center of the HUD.  It takes 6 of each vine to craft 3 cheese, but you can boost it to five cheese by adding 2 magic essences.

Welcome to the new area, Moussu Picchu!  SPOILER WARNING: This guide will be filled with spoilers, images, and other things to help guide you through it.  Please don't scroll down unless you're prepared for what you might see!

If not insanely obvious, the name Moussu Picchu comes as a play on the name Macchu Picchu, a remote mountain top city in Peru that was abandoned hundreds of years ago.  Little is known about this near perfectly preserved town nestled at the top of a grueling hike.

As more is discovered about MoPi, I'll be updating tid-bits here that relate to any real world comparisons.

Believe it or not, this amazing

Geographic. It's not Jacobs Art,